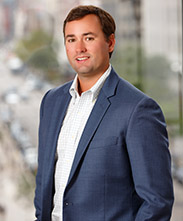 Andrew joined MCRC in 2016 from Silicon Valley Bank where he worked in the New York Region’s commercial banking group, specializing in lending to early and growth stage technology companies. At MCRC, he focuses on investment opportunities in the software and technology industries.  Andrew previously worked in the Investment Strategies Group and National Sales for Natixis Global Asset Management after starting his career at Brown Brothers Harriman & Co.  Andrew received his B.A. in Economics from Tufts University, where he was a member of the varsity hockey and lacrosse teams.  While in New York, Andrew was a coach at Ice Hockey in Harlem, a program which provides adolescents with life lessons and a sense of achievement through the sport of hockey.