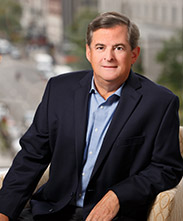 Dan joined MCRC in 2014 after an extensive career in commercial banking and private equity investing at several Massachusetts-based financial institutions including Bank of New England, BankBoston and Citizens Financial Group. At Citizens, he helped build Citizens Capital, a private equity subsidiary which invested in middle market companies in a broad range of industries. Dan earned a B.A. in Economics from Boston College and a MBA from Babson College. He serves on the finance committee at The Rivers School and is member of the Association for Corporate Growth. As part of his business development efforts, Dan places a special emphasis on opportunities in Western Massachusetts.